And then another week just passed

I can hardly believe it but another week has just passed and it's time for another episode of Thursday Madness with Erich and yours truely.

Since we just passed Halloween, this week we'll tackle the Helldimensions (Again) for your viewing pleasure. We might even toss in a few extras if we got the feeling and don't get to tired.

Hell in The Secret World is an extreamly hostile, but still interesting place. According to the lore inside the game Hell was the dimension were the fabled second age took place. And the second age is the age that you can't hardly get any information about in the game.
Hell were once the place of a great civilisation that has now fallen to ruin. You can still see the traces of it in the three helldimensions that you can enter from The Overlook motel in The Savage Cost, in Transylvania and in Egypt. The reason hell looks like it does is because it's starved of anima, the Life force, and this starvation turned it's inhabitants into demons.

Join me and Erich at 08:30 pm GMT +1 (CET) for a Quick guide to the Helldimensions in Funcoms The Secret World Legends.

The adress is, as per usual: https://www.youtube.com/c/ElrikAnderson/live
kl. november 01, 2018

This blog has been put at the back for awhile, mainly because I haven't had the time to deal with blogs in two different locations. Yo... 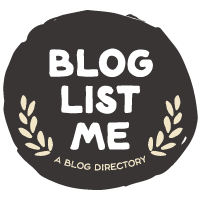